In 1951 when Betty was born, her family was living on the Saskatchewan farm homesteaded by her Anderst grandparents in 1910.  Two years later, they moved three miles across the border into the small prairie town of Hilda, Alberta.

Her father continued to farm and also owned a hardware store and farm implements dealership until family moved to Calgary in 1967 where Betty finished High School.  After Grade 12, she earned ARCT in piano and  enrolled at the U of Calgary in Arts majoring in Germanic/Slavic studies. 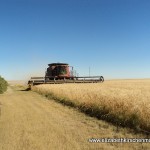 In 1975, Betty married Brian Kirschenman and  returned to the Hilda area, where they now farm with their son and daughter-in-law, growing grains and oilseeds.

In 1982, she took an evening course in Watercolour at Medicine Hat College, not knowing much about the medium, but not wanting to have to deal with the mess of oils and turpentine and also believing watercolour would be less complicated.   Her eyes were opened to seeing the world in new ways and with fresh appreciation and the learning and experience was just good for her soul.  She has been blessed with exceptional and inspiring instructors in every class and workshop.  In October 2017 a wildfire in southeastern Alberta swept through the area, destroying much of the farm, including the house and studio.  The changes resulting from  this event continue to influence and challenge the artistic journey.

The process of the actual painting is full of anticipation, revelation, realization and… frustration!  Working in “traditional watercolour” has been an education, as she find the need to “think backwards”.  Choosing not to use any white pigment and consequently reserving unpainted areas of paper for that purpose, remains a challenge.  Also, often the complexity of the subject isn’t obvious until preliminary sketches have been worked, revealing  the layers, textures and colour.  For some reason, a partnership between eye and hand seems to be necessary for this to happen, a circumstance that remains a puzzle. 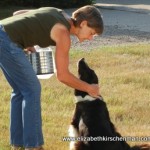